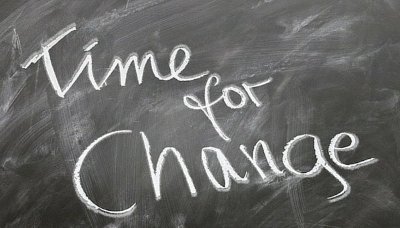 NRS 640.C governs the massage therapy profession and the professionals who are licensed by the Nevada State Board of Massage Therapists (NSBMT). In late-2016, with their newest Executive Director, Sandy Anderson, the NSBMT asked Honorable Assemblywoman Maggie Carlton to sponsor a Bill that would primarily change the constituency of licensees holding professional licenses under the NSBMT. There are several additional points to the Bill, as it was written and Introduced by Assemblywoman Carlton, that, as massage therapists, affect us.

The Nevada School of Massage Therapy hosted a live Q & A Session on February 27, 2017, where the AMTA-Nevada Chapter presented this information and opened up the floor for comments and questions. About 33 people were in attendance, the majority of which were matriculating students of NSMT’s program, including NSMT staff, AMTA members, and MT professionals. The session lasted about 45 minutes and was presented by Chapter President Mavies Gascon and Immediate Past President David Otto.

The Nevada Chapter members were email-noticed on 3/14 & 3/26/2017 to participate in a poll available during the period of 3/14-3/28/2017 as to their positions and opinions on AB 179.  Subsequent to the closing of the poll, Nevada Chapter President Mavies Gascon attended a May 5th public hearing of the Committee on Commerce, Labor and Energy regarding Amendment(s)-considered and reported the chapter members’ position of Support for AB 179. Here is the crux of what he reported: 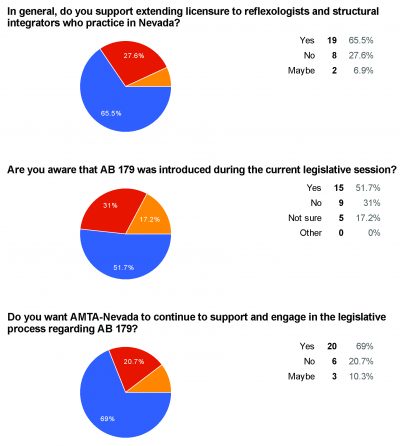 *The Act AB 179 was signed into law, recorded June 1, 2017, and goes into effect as of July 1, 2017. The NSBMT is anticipating that licenses for Reflexologists and Structural Integration Practitioners will be available for application and required for practice on Jan 1, 2018.

If you have questions or concerns, please let us know by emailing email hidden; JavaScript is required

Get Updates from AMTA-NV
click the button to get on our emailing list...for Email Marketing you can trust: Constant Contact.

The commitment of our members is a large part of the success of the Mission Statement of the AMTA Nevada Chapter. The Chapter Board is always looking for Professional & Graduate Members who have a specialty, strength &/or willingness to learn in an area of operating the Chapter, developing, and moving the Chapter and the massage therapy profession forward in Nevada. Apply for [Board][Committee][Delegate]